Apple Sticks Its Tongue Out at WWDC.

It was that time of year again. World Wide Developers Conference in San Jose, California ran from the 4th to the 6th of June and, as always, focused on software developments for, well, developers — those folk who create software for the macOS and iOS ecosystems, which are steadily converging. That convergence is promising to make cross-platform apps a reality, with Apple showcasing its own ports of iOS apps to macOS. Unfortunately, there wasn’t much mention of apps going the other way; the likelihood of porting your favourite DAW to iOS still a distant proposition.

Disappointingly, there was no news regarding anything audio or Logic Pro X. However, there’s a lot to like about the soon to be released iOS 12, which is compatible with iPhones as far back as the iPhone 5S — a five-year old device. That in itself is an impressive feat for any manufacturer. While you’d expect a current operating system to run like a proverbial dog on such an old device, iOS 12 is imbued with smarts to let OS run extremely quickly on older devices. iPads from the iPad Mini 2 — another five-year old device — and up will also gain performance enhancements. Basically, if your iDevice can run iOS 11, the upgrade to iOS 12 should result in better performance.

An interesting iOS 12 Siri feature that could prove to be extremely useful is Siri’s new shortcuts. Say you want to request particular actions on your phone whilst driving, you can select from a multitude of Siri shortcuts and assign those a ‘trigger’ phrase. Other less inspiring iOS 12 additions include a new regime for viewing and dealing with notifications, and good ol’ Animojis now recognise tongue and winking movements… great, that’s all we needed. You can create your own personalised emoji based upon how you look, building up what Apple call a ‘Memoji’, much like you would on an Xbox 360. A novelty to say the least. 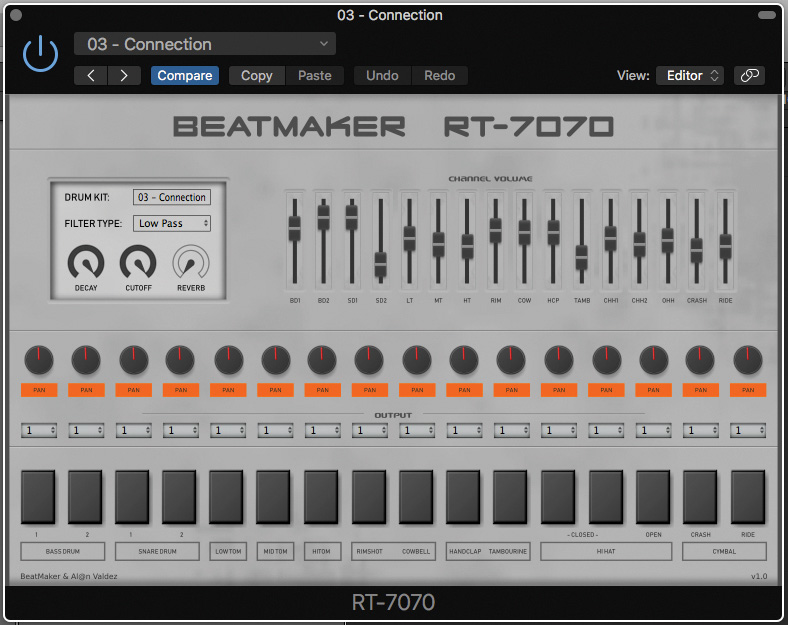 Still, the closest news we hear regarding audio at WWDC is the inclusion of Dolby Atmos on the Apple TV 4K and within iTunes. If you’ve shelled out a pile of cash for a Dolby Atmos capable receiver you can now access Dolby’s sophisticated surround format via your top-shelf Apple TV device. Apple has also promised that movies bought on iTunes will be upgraded to Dolby Atmos and 4K versions as those formats become available. While Atmos has already been possible with units such as the Fire TV, the Xbox One, and the Chromecast Ultra for a good while now, adding Apple to the fold means post-production mixers will increasingly have to familiarise themselves with Atmos as consumer appetite grows.

So what is happening in the Apple and audio world? Not much to be frank. While Apple has been rampaging along with its iDevices, the desktop arena has slowed to a complete standstill as we wait to see the new Mac Pro… in 2019. Two-thousand-and-nineteen! Six entire years since the last official Mac Pro. It’s no wonder professional users are revamping 2012 Mac Pros, wrestling Frankenstein Hackintoshes to the mat, or simply jumping ship to Windows 10. It’s a sad state of affairs over at One Infinite Loop.

With so very little to report, I’ll point y’all to a quirky little instrument plug-in I recently came across, courtesy of Beatmaker. This outfit creates virtual instruments of a vintage electronic persuasion, with the free offering of RT-7070. RT-7070 is a pretty decent recreation of one of Roland’s seminal drum machines — the TR-707. While the TR-707 isn’t as revered as the 808 or 909 Rhythm Composers, it still found its way onto countless electronic productions from its release in 1984 and throughout the 1990s. One of the unit’s saving graces was it offered both MIDI and DIN sync, making it an exceptional translation device for many, even if they didn’t use the sounds. The rimshot output could also trigger devices accepting a voltage pulse. Personally I’m a fan of the drum sounds, and once you hear them you’ll recognise it’s pushy snare. Beatmaker’s rendition offers 20 different drum kits based on the original 12-bit samples and is utterly authentic in its dry form. It’s available as a VST/VST3 and AU instrument plug-in for both macOS and Windows. Or if you just want the samples you can download those, too. Aim your browser to beatmaker.xyz and grab it before the price goes up.